One of the nicest things about working in Kirchberg is that, during the week, after work, I have often the possibility to visit places that I would normally not, as totally opposite than the area where I live now .

Over the week of Holy Mary, in August, I had some friends visiting from Italy and as I could not take all the week off – even if I would! – during the working week one evening they came to pick me up at the office and we decided for the first round of drinks to stay around there. We took the opportunity to visit for the first time El Barrio, the Spanish restaurant that recently replaced La Boqueria.

If you remember my previous reviews, La Boqueria used to be one of my favorite places for food and ambience and I had also a private dinner there with Sergi Arola and was awesome. On the other side, it was coming pretty expensive (that generally for me it is not necessarily a negative point but I could see where the comment was coming from) and, above all, the last couple of times I have visited it, the service was not memorable – well, I would say, it was awful. In particular, I have been there less than 10 days before the final closure and I remember I had the clear feeling things were going downhill – while we spent more than 200 Euro only for drinks and some tapas and even if the place was completely empty, we have been relegated to the smallest table in the room and we were ignored for all the time of the dinner.

Anyway – this is history now and I was happy the place found quite soon a new investor.

The location of El Barrio did not change much and it is still stunning. Again, one of my favorite place in Luxembourg for ambience. We didn’t reserve and we understood in the future this might be a bad idea, considering it was a Monday night the place was really full already at 7:30 pm. Luckily they were able to find us a spot.

We were accommodate at the first floor, that, even having an open view on the restaurant, it is slightly less formal.

We went right for tapas and sangria – what else? We ordered octopus (clearly one of my favorite dish), cod fingers, patron peppers, garlic bread and tuna fish filled peppers.

Pictures of our after-work (and of our silly pose in their unique bathroom) followed by my impressions about El Barrio. 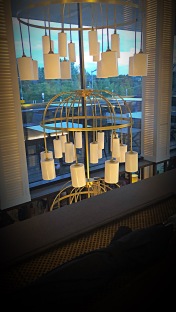 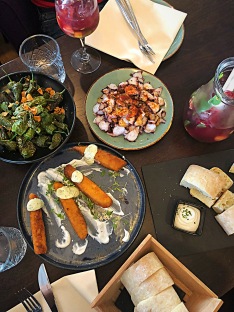 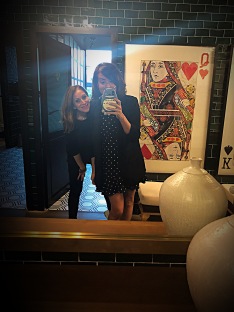 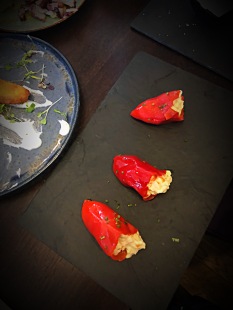 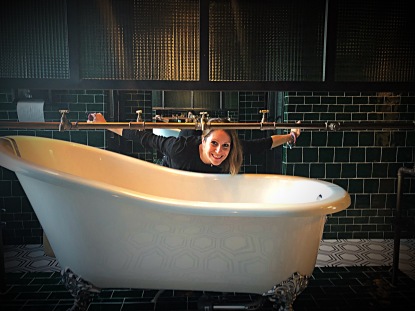 What I liked about El Barrio:

What I liked a bit less about El Barrio:

In conclusion: I am happy to say that for what I have seen so far El Barrio really improved the general standards compared to the previous brand. Food is delicious, portions more than fair as well as prices and our service was amazing. To that, you have to add this is one of the most stunning location in Luxembourg and your view is completed. I would say this is perfect for an upmarket after-work, for a business event, a girls night out and definitely a date – in that case, if you invite me, be aware I would go for the Royal Sangria 😛