Two weeks ago, Barefoot in Luxembourg has been invited to a new event concept that took part among five bars in the city center of Luxembourg (The Tube, Bellamy, Go Ten, Octans, Konrad). The idea is based on the cult Japanese TV show Iron Chef.

Each month a “mystery ingredient” will be chosen which the bars have to use to develop a special cocktail. That ingredient could be a special spirit, or fruit, or juice etc. Each bars cocktail is then judged by an independent panel and a trophy awarded to the winning bar to display until the next month.

Barefoot in Luxembourg was part of the jury of the first edition and the selected mysterious ingredient for that time has been Diplomatico Reserve Exclusive Rum from Venezuela.

We started our night as jury at The Tube bar, where we were proposed a very refreshing cocktail called About Figgin’ Thymes – the name has been based on the words assonance with “freaking times” and thyme, one of the main ingredient of the cocktail.
The drink was pleasantly sour and complex, you could not feel much the alcohol and was enjoyable to drink – perfect for a summer after-work. Personally, I found it a bit too much “ladylike”, but I would not mind ordering it again to start a night out. 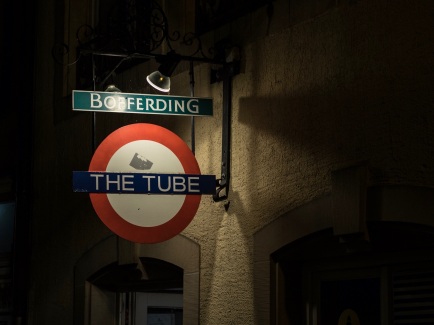 We moved then to Bellamy where we were offered their Capitaliko cocktail – prepared with Rhum Diplomatico, Amaretto, chocolate and orange. The preparation was impressive but in this case the taste, while very good even for me that I am not an Amaretto fan, resulted quite strong. On the other side, we were offered some great food to share prepared by the Bellamy kitchen. I did not know that at Bellamy you could have as well some food – tapas style – and I have to say it was delicious. I would definitely come back to try some more in the next weeks! 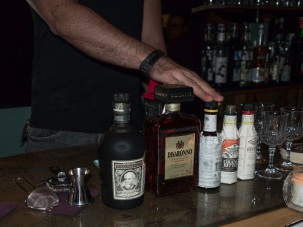 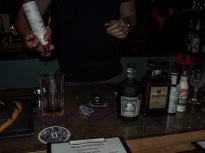 Third stop was at Go Ten bar: their special cocktail – Diplomatico Choice – was a kind of Mojito prepared with coconut milk and chili. The cocktail presentation was the best one to me: the drink was served in a metallic glass covered on ice and accompanied by some exotic bites with beef and pineapple. The taste of the cocktail was as well for me the best one of the night: definitely a drink I can have all night long, above all during the warm season – I was imagining myself on a panorama pool in Cancun, sipping this ice glass. As some other members of the jury noted, indeed, it was not very much innovative cocktail – but it was the best flavor for most of us. 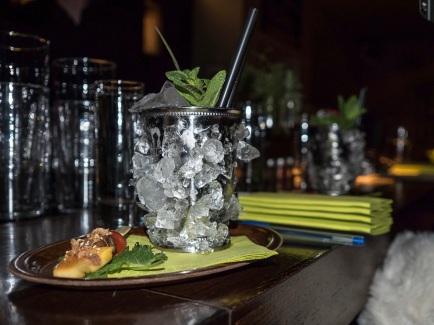 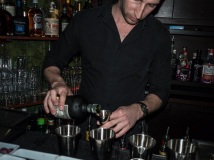 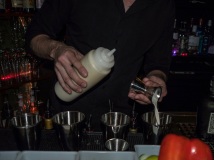 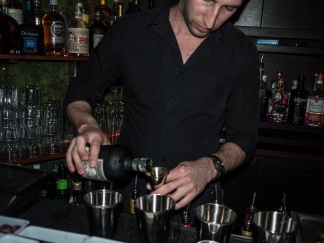 At Octans, the cocktail Carascastagnette was prepared with Rhum Diplomatico, home made pineapple liquor, Gran Marnier and Habanero. It was served together with an home made pineapple mousse prepared with cinnamon (heaven!). The combo was great, as well the cocktail. As taste, it reminds a bit the first one at The Tube, a bit girly.
Octans had definitely one of the better atmosphere for the night and the preparation was very captivating. I would have stayed there all night long! 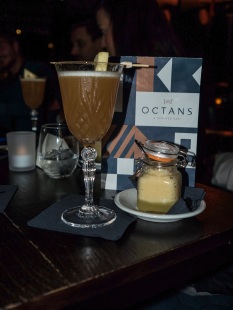 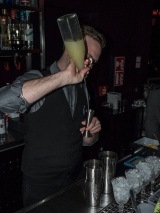 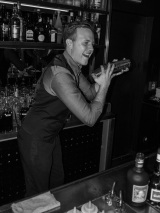 Last but not least, it was the turn of Konrad. We were welcomed in the downstairs cozy bar room: their drink was called Cozaron, another word  game meaning as well “Konrad’s Son”.
The cocktail was prepared homemade cranberry jam. To me, while the idea was pretty much the most original one, the flavor was too much sweet, but the innovative effort was extraordinary. 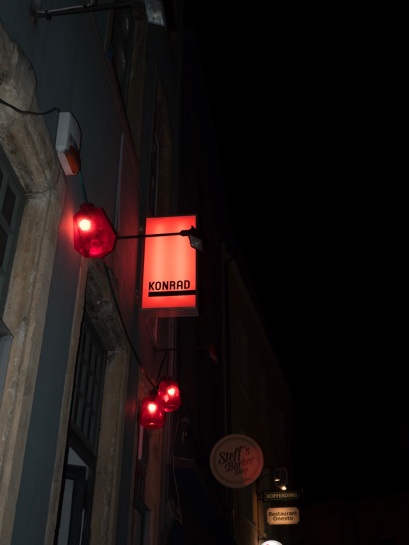 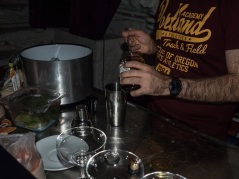 Based on the average vote of the whole jury – about the name, the presentation, the taste, the originality, the winner of the first Iron Bartender competition was the Go Ten drink.

For us, it was a very nice initiative, something finally different that gives the possibility not only to the jury but as well to customers to try new cocktails – they will remain in the bar menu in fact for an entire month until the next competition.

A huge thank you from Barefoot in Luxembourg to Paul for the invitation, to Olivia our wonderful hostess for the night and to the teams of all the bars participating – you did great and we are really curious to follow up the results of next round.

The amazing pictures coming with this articles are kind courtesy of Nena Corner Photography, who joined us in the jury. 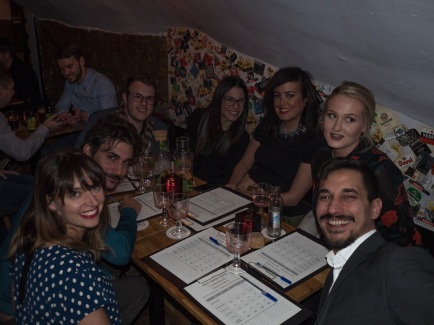 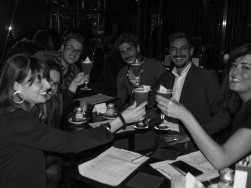 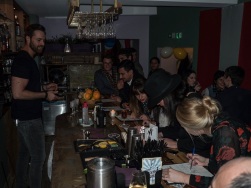