Have you ever noted the strange relationship you have with the restaurants in your neighborhood? When I was living in Bonnevoie, I almost tried all the restaurant in my area. I had some favorites and to some I did not any any further chance after couple of strong delusions.

For the short time I was at the hedge between Belair and Strassen, it was quite different. As the area was not very lively, I have always tried to move “downtown” when I could. And there were couple of restaurants I passed in front each and every day but I tried probably just at the very end of my stay. One of these, for sure, was New Confucius, located on a corner of Route D’Arlon. I actually had dinner there several years ago, but it was those kind of dinner that you remind more for the quantity of alcohol you drank than for the food. The surprising thing, for me, was that, whatever day of the week, whatever time, New Confucius was always packed when I passed in front.

So, couple of days before moving, I told M. that would have been the case to have a dinner there before leaving the flat.

We got there on a week night without reservation and the main room was almost full and the side smaller rooms were fully booked.

I had a Chinese beer while M. had a coke to start with while we analyzed the menu. The offer is huge, from starters to meat to fish.. there is really too much!

Instead of going a la carte, we opted for one of the set menu, specifically the one for 33 Eur. We had both the Wan Tan soup (with Chinese ravioli), followed by a mix of starters, including steamed dim sum, nems and fried chicken. As main, I went for the Pekin roasted duck (that was the only reason because I wanted the menu for 33 Eur instead of the one for 23!) while M. had Shrimps with spicy sauce. We concluded both with Dame Blanche and Chinese Sake (this one not included in the menu).

Find the pictures of our dinner followed by my final impressions about New Confucius. 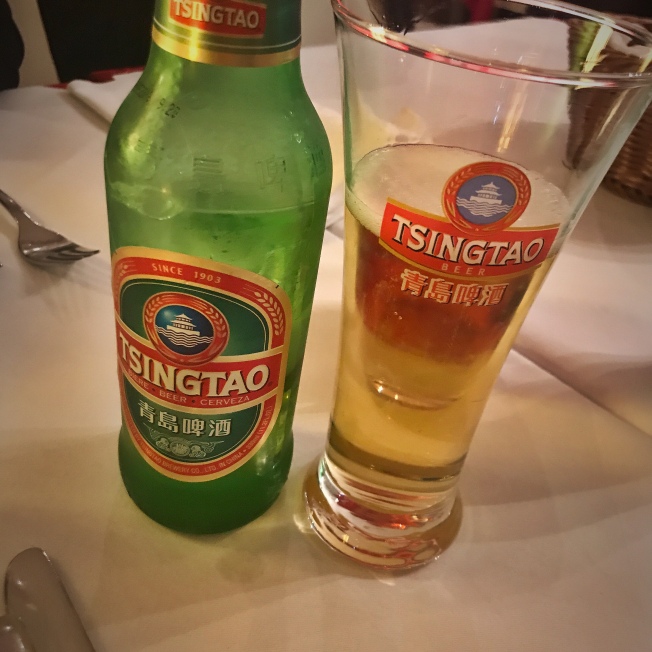 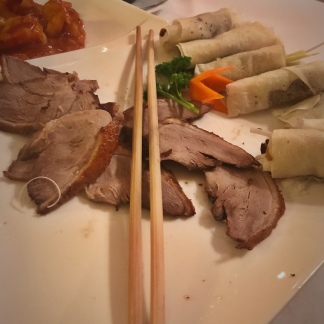 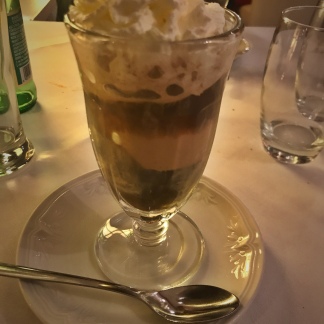 What I liked about New Confucius:

What I liked a bit less about New Confucius: